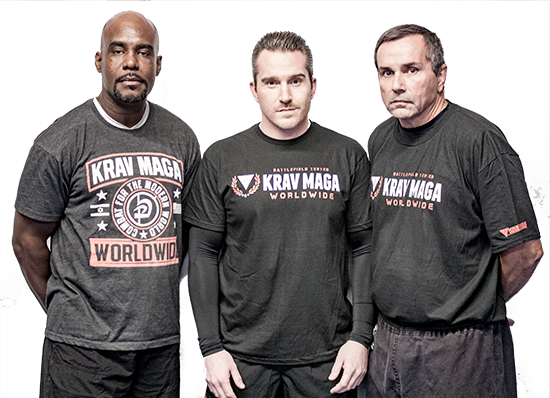 What is Krav Maga?

Posted By Our Team

Krav Maga is a military self-defense system developed for the Israel Defense Forces (IDF) and Israeli security forces (Shin Bet and Mossad) that consists of a combination of techniques sourced from boxing, wrestling, aikido, judo, along with realistic fight training. Krav Maga is known for its focus on real-world situations and its extreme efficiency and brutal counter-attacks.

It was derived from the street-fighting experience of Hungarian-Israeli martial artist Imi Lichtenfeld, who made use of his training as a boxer and wrestler as a means of defending the Jewish quarter against fascist groups in Bratislava, Czechoslovakia in the mid-to-late 1930s. In the late-1940s, following his migration to Israel, he began to provide lessons on combat training to what was to become the IDF.

From the outset, the original concept of Krav Maga was to take the most simple and practical techniques of other fighting styles (originally European boxing, wrestling and street fighting) and to make them rapidly teachable to military conscripts. As a result, Krav Maga has built on its original base in Western boxing, wrestling and street fighting.

Krav Maga has a philosophy emphasizing aggression, and simultaneous defensive and offensive maneuvers. Krav Maga has been used by the Israel Defense Forces' special forces units, the security apparatus, and by regular infantry units. Closely related variations have been developed and adopted by Israeli law enforcement and intelligence organizations. There are several organizations teaching variations of Krav Maga internationally such as the British SAS and the US Marine Corps.

Krav Maga encourages students to avoid confrontation. If this is impossible or unsafe, it promotes finishing a fight as quickly and aggressively as possible. Attacks are aimed at the most vulnerable parts of the body, and training is not limited to techniques that avoid severe injury; some even permanently injure or cause death to the opponent. Students learn to defend against all variety of attacks and are taught to counter in the quickest and most efficient way.

Ideas in Krav Maga include:

Training can also cover the study and development of situational awareness to develop an understanding of one's surroundings, learning to understand the psychology of a street confrontation, and identifying potential threats before an attack occurs. It may also cover ways to deal with physical and verbal methods to avoid violence whenever possible. It also teaches mental toughness, using controlled scenarios to strengthen mental fortitude in order for students to control the impulse and not do something rash, instead, attack only when it necessary and as a last resort.

Sign up for one of our group classes or individual lessons today!